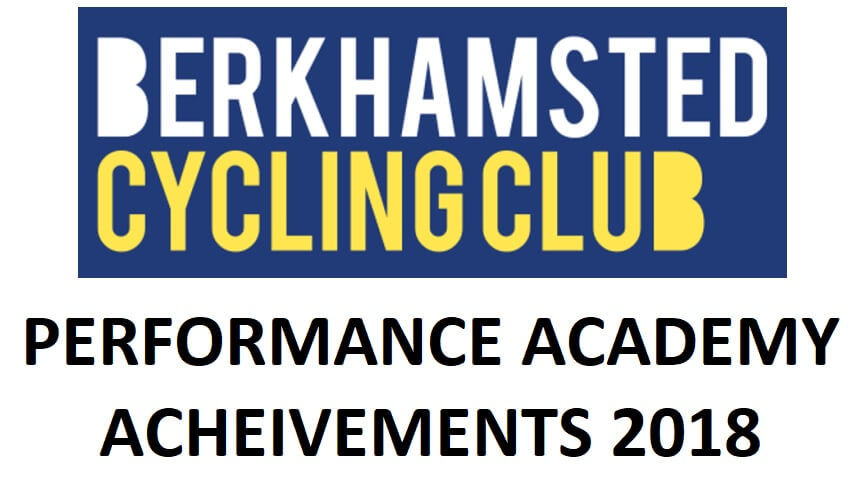 As 2018 draws towards its latter months it’s a good time to reflect on what has been achieved by our club’s members. Summer is hanging on, just, much later than it has any right to, but even though the days are shorter, the temperatures are still way up above the seasonal norm, meaning it’s still possible to get out and enjoy fair weather riding. Having said that, the summer racing series have closed and we’re heading into the winter crit and cyclo cross season.

This season has seen more BCC members taking part in competitive events than ever before, with many outstanding results being achieved. Several members have dipped their toes in the waters of competitive cycling for the first time, while others have enjoyed their first taste of the (metaphorical) Champagne.

The club has hosted four main competitive events, across different disciplines, and entered no fewer than three teams in the 9-up team time trial at Silverstone, including our first ever nine-person women’s team. Both of the men’s teams improved on their previous times, while the women set an initial time as a benchmark to build on in the future. Aside from these club events, many members have raced on their own account, flying the BCC colours in crits, road races, triathlons, individual and team time trials and cyclo cross.

It seems that hardly a week goes by without large numbers of our club riders completing sportives, with mass participation in the Prudential Ride London 100, a good representation in the Liege-Bastogne-Liege, and one or two tackling the grueling Dragon Ride, Fred Whitton Challenge and the Maratona dles Dolomites, to name just a few. With a fine spread of club members taking on the Tour of Cambridgeshire – a qualifying round for the amateur world championships – five of their number qualified to represent Great Britain in Italy. We even have our own Ironman, and several who took on and conquered half ironman competitions. Apart from these organised events we’ve had the greatest ever number of our membership heading off to tackle tough rides in all manner of mountain ranges around the world. We have also claimed a new world record. Everyone, it seems, is getting more ambitious and pushing themselves harder and further than ever before. Pretty impressive for a club that’s only four years old.

The year started with the Harp Hilly 100, which BCC won for the fourth year in succession. 51 members braved the chills and hills to bring home the much-coveted shield again, much to the chagrin of other local clubs.

By April the weather hadn’t improved much, but nonetheless a good crop of club members took part in the Berkhamsted Triathlon. We had individual members competing as solo entrants and we also fielded several teams of three, with overall victory going to BCC’s team comprising Emily Hartwell (swim), Matt Buckle (bike) and Rob Chambers(run). The fastest cycle leg of the day went to our own Simon Pearce, who just pipped Matt Buckle’s time.

May saw us visit the London Olympic velodrome, as 32 of us descended on the track to take over the venue, giving a fair few their first experience on the banked wooden boards. This was just a fun event, but more than one came away pledging to become accredited on the tracks and take up the sport.

June witnessed the Berkhamsted Castle Revolutions Festival, a day of crit racing on closed roads, which provided spectacular racing throughout, and a win for one of our members in the hotly-contested men’s novice race. In fact our club members dominated the results, with two podiums, five of the top six places, and seven of the top ten going to BCC. 2nd place in the women’s novice race also went to a BCC club member.

Into August and the BCC Road Race was run on a loop around Mentmore. An expansion from last year came in the shape of a women’s race in addition to the men’s. Across the two competitions we fielded an impressive seven riders, and came away with a win in the women’s Cat 4.

In September our 10 mile open time trial was revived on the Mentmore Loop, with a good turnout of 23 BCC members on the starting line. Our ladies were narrowly beaten to the Team Shield by Lovelo Cinelli Race Team, but we had a win in the “Athlete” class for standard road bikes. The men’s team went one better and brought home the Team Shield and took an individual bronze medal, while the “Athlete” medal was won by a BCC member, albeit entered under the Lovelo banner.

Which brings us to our last competitive event of the season – our club hill climb, run up Tom’s Hill in Aldbury in late October. A good showing of entrants from several local clubs, and one or two who had come from as far afield as Dulwich came to the start line, and was interspersed with a few of our own lightweight uphill flying machines. Although we didn’t win any prizes today, BCC put on an excellent showing and were roundly applauded and thanked by all those who took part, whose generous appreciation and acknowledgement made it all seem worthwhile.
So, all in all a very satisfactory season for BCC.

Everyone who has taken part in these competitive activities deserves recognition, but there are one or two individuals whose achievements I would like to highlight: 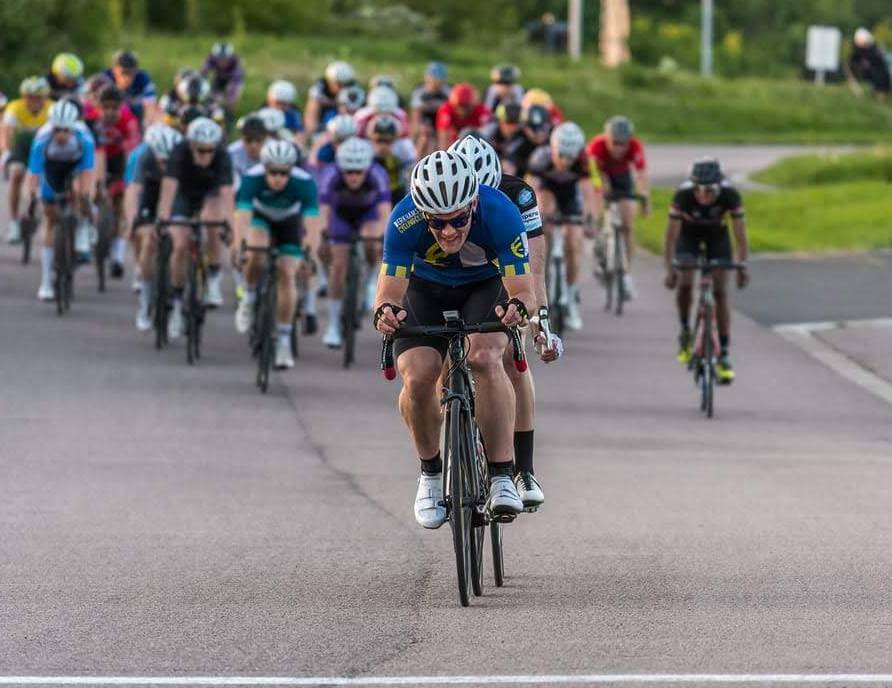 Matt Buckle, for his win in a Cat 3 crit race at Hillingdon. He would have scored a second win, but elected to take the short cut to hospital instead. 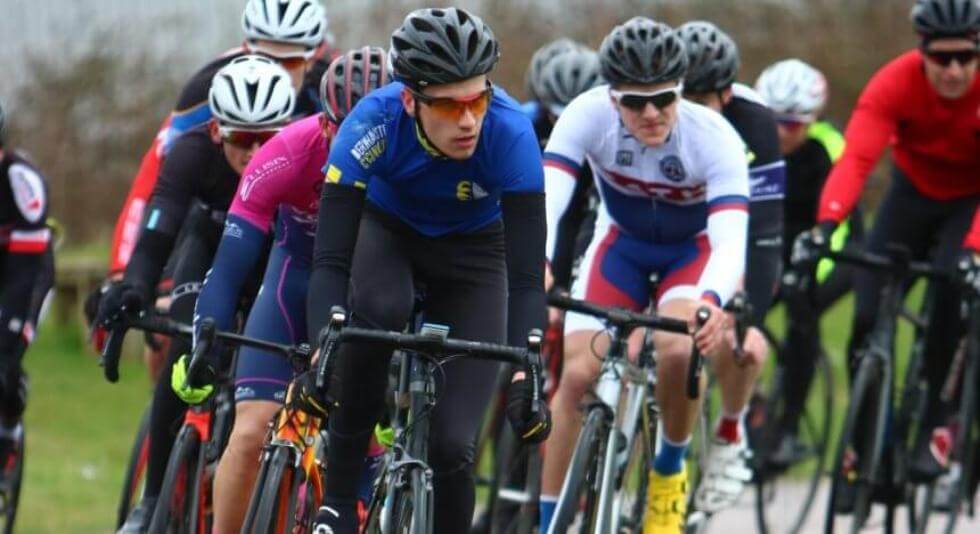 James Taylor, who within two weekends went from a Cat 4 racer with zero points to a Cat 3, with a fantastic race in which he just missed the win. He also put in some great time trial performances. 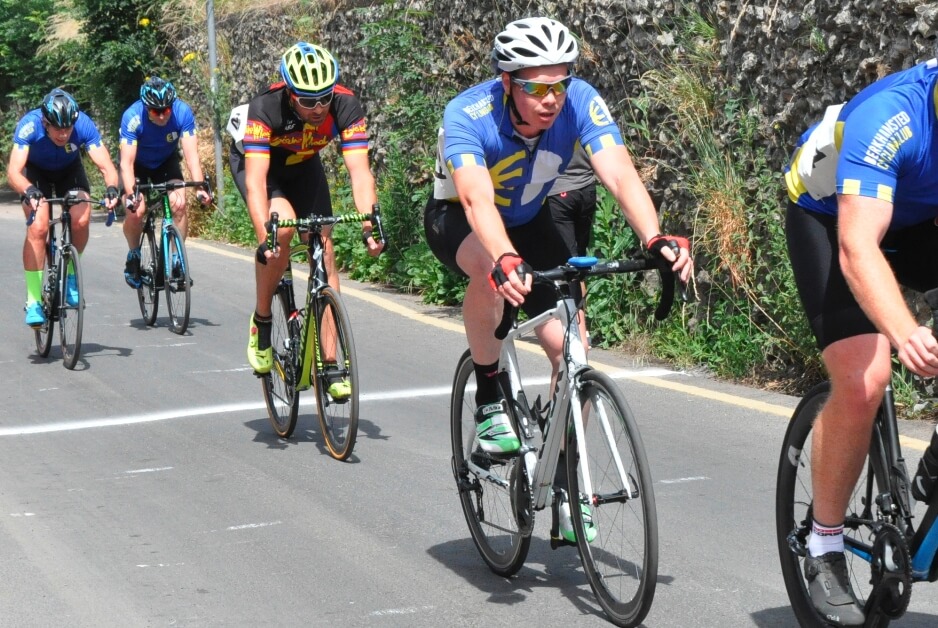 Ben Nixon, for winning in his first ever race, and going on to represent Great Britain in the UCI Gran Fondo World Championships in Italy. 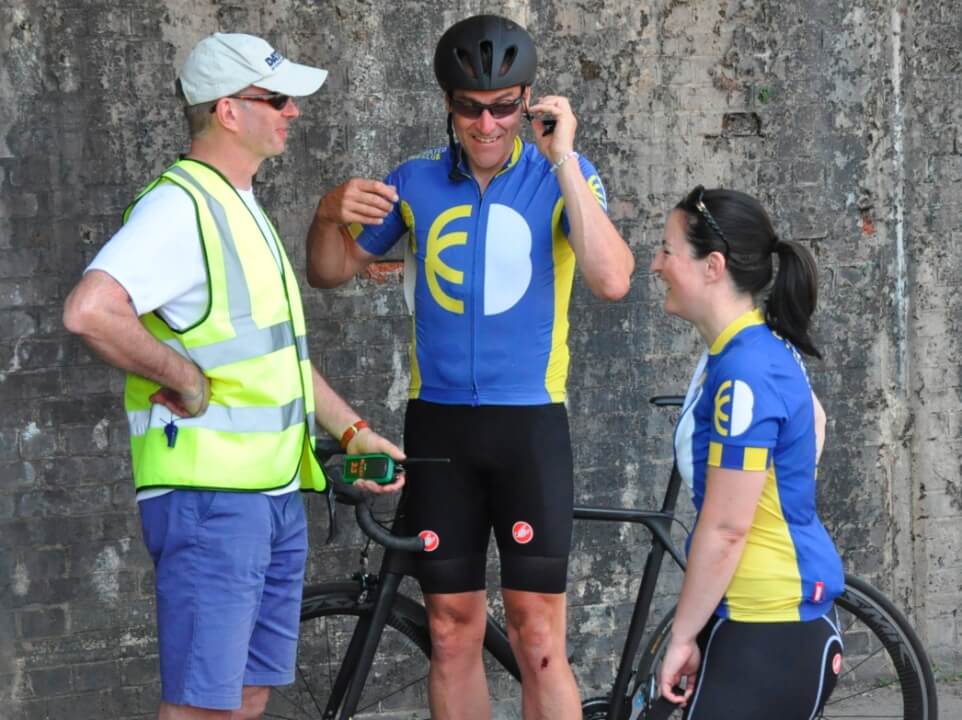 Simon Pearce, for continually putting in outstanding performances every time he rides. 3rd in his age group (58th overall) in Ride London and 12th overall on Velothon Wales. Another Great Britain representative at the world championships. 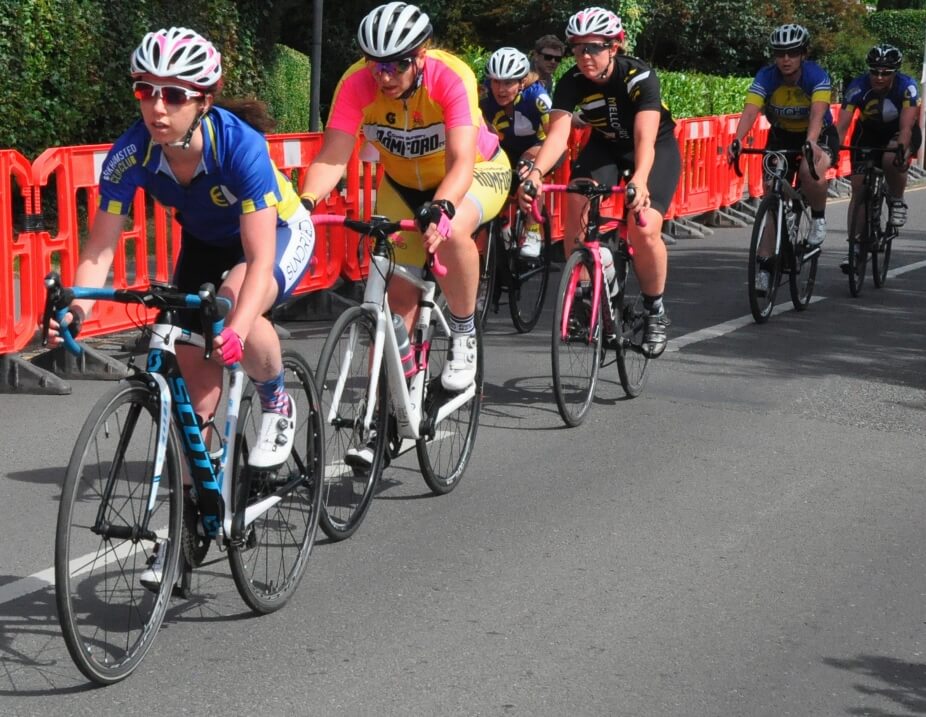 Heather Taylor, for her 2nd in the women’s novice race at BCRF and her two triathlon wins. 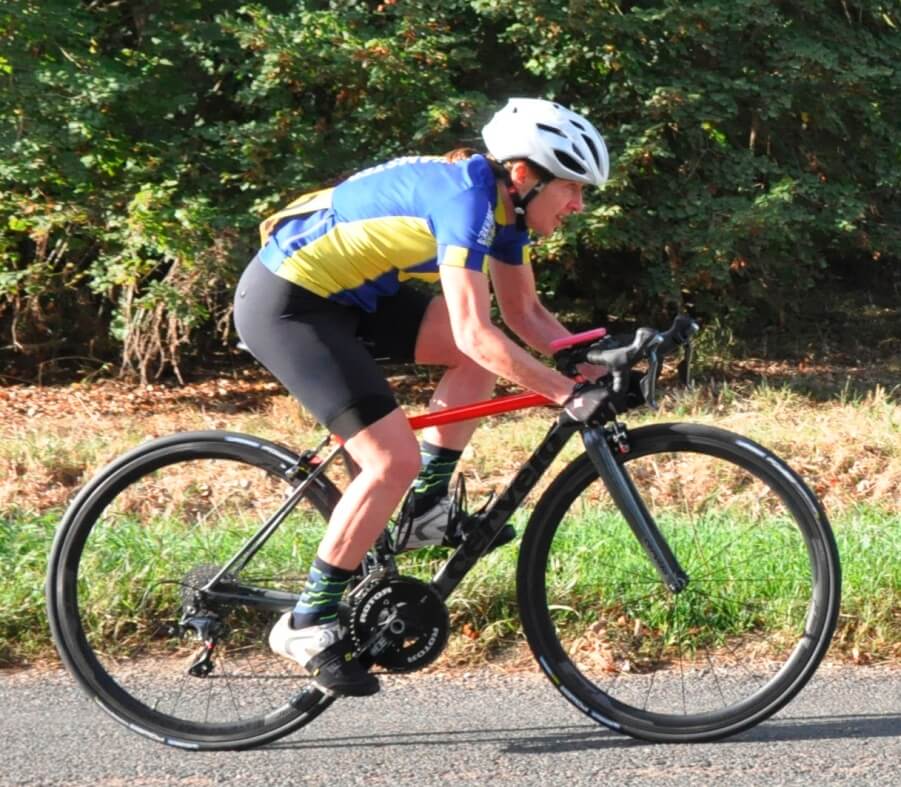 Janice Bell, winner of the women’s Cat 4 in our road race and the “Athlete” class in our time trial. Also, Janice qualified for, and represented Great Britain in the world championship Gran Fondo. 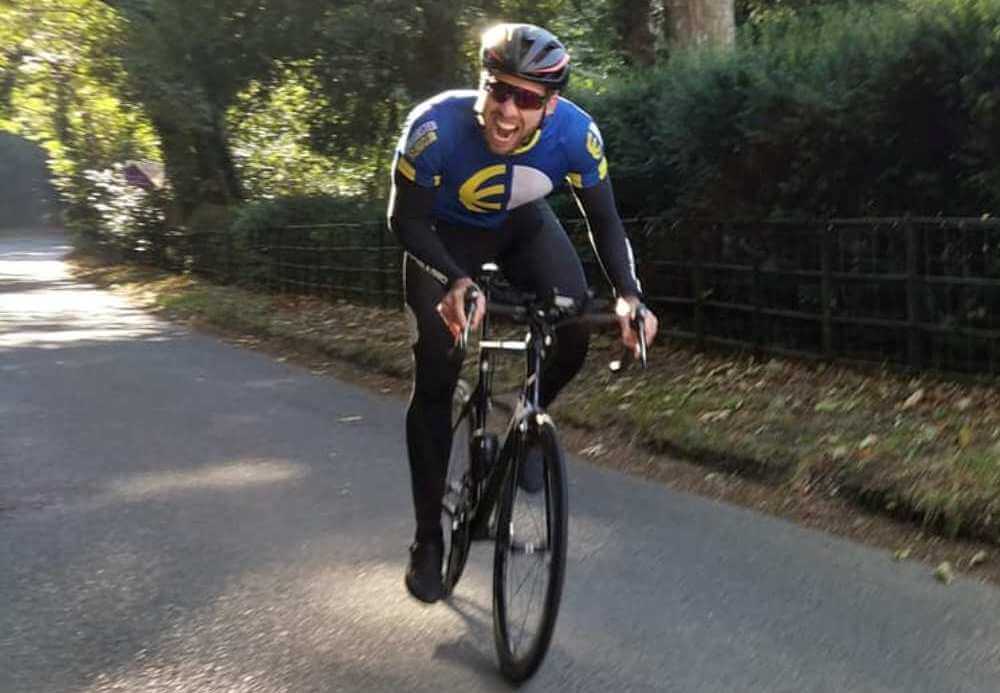 The above is just a small selection. Across the board no fewer than 67 of our members have competed in races of one form or another this season. Take a bow – you deserve it.

For photos, reviews and results click here to head over to our Performance Academy News section.

For information on races that the Academy plans to enter click here.